ZetrOZ Systems is an FDA cGMP and ISO 13585 medical technology company headquartered in the southern coastal region of Connecticut. The organization also has manufacturing facilities across the United States. 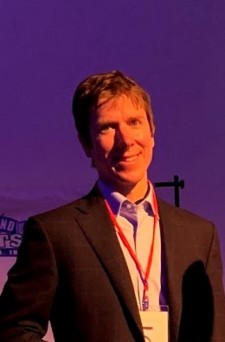 TRUMBULL, Conn., July 29, 2020 (Newswire.com) - ​​​While sustained acoustic medicine (sam®) is light years ahead of its time, the man who invented the wearable device first conceived the idea years ago. Now the President of ZetrOZ Systems, Dr. George Lewis was introduced to ultrasound at a young age by his father, George Sr., who was an ultrasound engineer and product development designer. Lewis worked in his father’s lab from middle school through high school, igniting a passion and admiration for the science behind ultrasound and the exciting possibilities it offered.

Lewis’ love of ultrasound technology led him to complete his undergraduate and doctoral studies in ultrasound device development and research on mechanobiology. However, Lewis was struck with inspiration for a new kind of therapy before he obtained his doctorate – while he was still in graduate school. It was during his graduate school years that Lewis devised the idea to apply ultrasound for multiple hours, on a daily basis, to facilitate the healing of soft tissue injuries.

Government agencies have invested a significant amount of funding to further clinically validate sam’s healing effects on arthritis, back pain and overuse injuries. The wearable device experienced widespread adoption by professional and college athletes, as well as the work-related injury market sectors, from 2013 to 2020. Additionally, sam has been authorized by many health plans and insurance carriers in the United States including the United States Department of Defense (DOD) and the Veterans Administration.

ZetrOZ holds 46 patents globally and has provided the healing benefits of ultrasound therapy to over 200,000 people as of 2020. Lewis and his team have their sights set on delivering the healing power of sam to 100 million people around the world in the next five years.

“It is tremendously gratifying and humbling to watch the powerful healing effects of ultrasound therapy change thousands of lives. The potential offered by this type of treatment began as a mere spark during my graduate school days and has grown into a bright flame of healing and hope that literally gives users their lives back. There is no greater happiness on earth than the joy that springs from watching people reclaim their health,” Lewis said.

ZetrOZ Systems is an FDA cGMP and ISO 13585 medical technology company headquartered in the southern coastal region of Connecticut. The organization also has manufacturing facilities across the United States. ZetrOZ Systems produced UltrOZ®, sam® Sport and sam® Pro 2.0 to provide safe and effective treatment options for prevalent conditions such as arthritis. Learn more at zetroz.com and samrecover.com.​

Get notified about new releases.